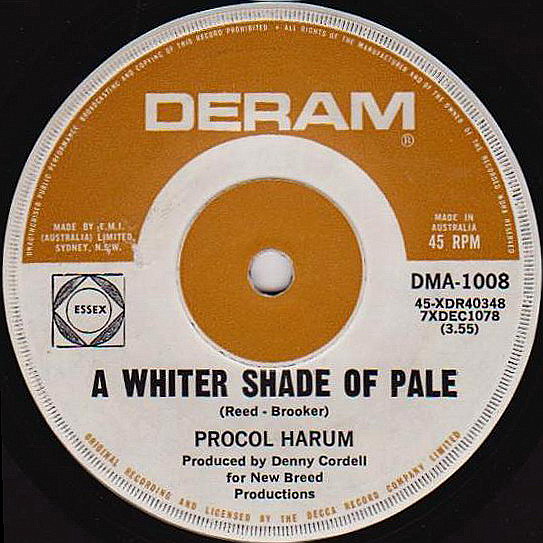 Deram Records was a subsidiary record label of Decca Records established in the United Kingdom in 1966. At this time U.K. Decca was a completely different company from the Decca label in the United States, which was then owned by MCA Inc. Deram recordings were also distributed in the U.S. through UK Decca's American branch, known as London Records. Deram was active until 1979, then continued as a reissue label. The roster later included British jazz and folk as well. Some of the more progressive jazz musicians of the late 1960s were released under the Deram imprint including Mike Gibbs, John Surman and Mike Westbrook. Deram albums bore a DML prefix for mono and an SML prefix for stereo releases. As with other UK Decca subsidiary labels, Deram's U.S. counterpart was distributed under the London Records arm. Decca positioned it against Island Records, Harvest Records (launched by EMI) and Vertigo Records (launched by Philips Records), but it failed to compete long-term. An 'extra' progressive series with SDL prefixes did not improve the situation.

From the start, Decca placed pop records alongside progressive artists on Deram. Cat Stevens found early success there before moving to Island Records; and David Bowie's first album appeared on the label. Three of Deram's earliest hits, Procol Harum's "A Whiter Shade of Pale" and The Move's "Night of Fear" and "I Can Hear the Grass Grow", were not by artists actually signed to Deram; they were part of a deal with Straight Ahead Productions, who moved their acts to EMI and had them released on the reintroduced Regal Zonophone imprint.

In 1969, Decca launched a true progressive label called Nova, which lasted less than a year. This caused further confusion as simultaneous releases on "Deram Nova" and "Decca Nova" appeared.

Deram was briefly revived in the early 1980s, when its roster included Bananarama, The Mo-dettes and Splodgenessabounds. Deram has also been used as a reissue imprint for the Decca/London catalogue.