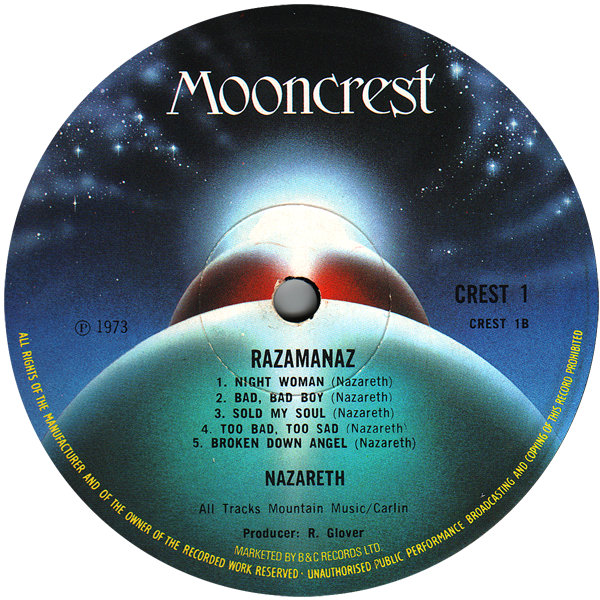 Mooncrest Records is a British record label that was formed in 1973 as a subsidiary of Charisma Records.

They issued albums by Shirley Collins (No Roses) (1971), Iain Matthews (Journeys from Gospel Oak) (1972), Nazareth (1973-75), Shakin' Stevens (Jungle Rock) (1976) and Alan Hull (Back to Basics) (1994). More recently they have handled Fairport Convention and Michael Chapman. The albums use the word "Crest" and the singles use the word "Moon" in their number. They tended to specialise in UK folk-rock and singer-songwriters.