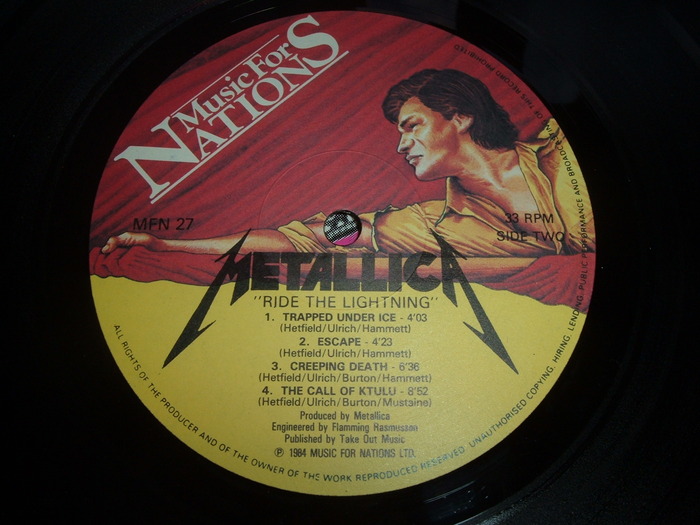 Music for Nations is a British independent record label focusing mainly on rock and metal. It was a subsidiary of the larger label distributor Zomba Records, which in turn is now owned by BMG.

Launched in 1983 by Martin Hooker, Music For Nations established itself as a European leader in the rock and metal world, with early signings like Tank, Exciter, Metallica (who had three gold albums while on MFN), Slayer and Megadeth paving the way. As Music For Nations grew, the company expanded its operation to include not just licensed acts from the USA, but its own signings. It released albums by artists including Paradise Lost, Opeth, Anathema, Cradle of Filth, Testament and countless other metal bands. As well as the traditional metal bands Music For Nations went on to sign up and coming UK bands such as Tigertailz who had a top 40 album while signed to Music For Nations.

In 2004, the label closed down. The company's catalogue — which had also previously included titles from artists as varied as Lost Horizon, Tigertailz and Frank Zappa — was transferred to parent company Zomba Records Group. In December 2011, The End Records signed a distribution deal for 50 of Music for Nations' catalog albums. In February 2015 Music for Nations relaunched through Sony’s commercial department,[4] with plans to reissue albums from their catalogue including Anathema, Paradise Lost, Opeth, Spiritual Beggars, Cradle of Filth and others. They also intend to, in the spirit of the label’s original purpose, sign original heavy talent for singles, EPs and compilation albums.